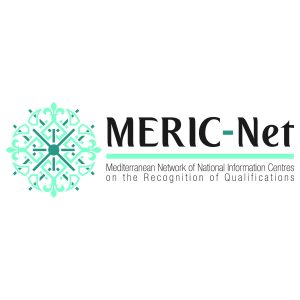 The University of Nice – Sophia Antipolis (France) will host the final conference of the MERIC-Net project, Mediterranean Network of National Information Centres on the Recognition of Qualifications on the 13th and 14th of June 2019.

Different aspects will be addressed during this conference such as the recognition of credits and qualifications in Southern Mediterranean countries, the impact of International Mobility programs between EU and South Med on recognition, as well as the strategic management of the project and its activities, deliverables and impacts. It will also be the occasion to share good practices and focus on the project’s sustainability.

The project, launched in 2016 under the Erasmus + Programme Capacity Building for Higher Education, gathers 19 partners from Algeria, France, Italy, Lebanon, Morocco, Norway and Tunisia and is coordinated by the University of Nice – Sophia Antipolis (France).

The aim of the project is to revitalize the MERIC network (Mediterranean Recognition Information Centres) so to facilitate the recognition of qualifications among the Mediterranean countries and to increase the vertical and horizontal mobility in the higher education systems. To reach this ambitious goal, the partners are implementing on a set of activities, such as the organisation of online and face-to-face trainings for the representatives of the HE Ministries of Algeria, Lebanon, Morocco and Tunisia and for the universities’ staff, the production of National Reports presenting the state of the art of the education system in these countries, the elaboration of guidelines to evaluate non-traditional, cross-border or trans-national education and distance learning institutions and the development of efficient procedures to facilitate the recognition of refugees’ qualification.

During the previous conference in Tlemcen (Algeria) last April, the partners had the opportunity to exchange on the work realized, to assess the project activities’ state of play and to reflect on the future of the project, beyond its official conclusion in October 2019.

You can learn more on the MERIC-Net project here.