Biography of the Author 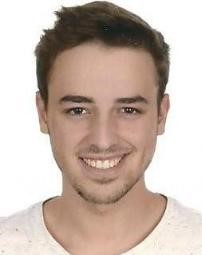 Ricard Grebol graduated in Physics and Chemistry from the Autonomous University of Barcelona (UAB). During his curriculum, he took part in the Erasmus Exchange program and spent a semester at the University of Bergen (UiB). He took a research position in the ALBA CELLS Synchrotron as an external collaborator from a leading company in the Surface Science sector, IBSS group, for two years. His joint-degree thesis was entitled “ALD of TiO2 on (rPe-CVD) grown graphene for supercapacitors”.  He is currently in his second year of MSc in Economics at the University of Barcelona and has been granted a merit scholarship from the “Fundació Catalunya-La Pedrera”. His current research interests are based on demographic transitions, inter- and intracontinental migrations and the role of institutions in economic development. He is also interested in International Relations and Identity Politics. He has been politically involved for several years in the local and national youth movement promoting social and civil rights, feminism, environmentalism, socialism, etc.

Articles of the Author

Articles written by Ricard Grebol as a participant to the Summer School organized by Nnumari, FMSH and UNIMED in Licata (Italy) in September 2019. The support of UNIMED, FMSH and Nnumari for the production of these publications does not constitute an endorsement of the contents, which reflect the views of the authors only, and they cannot be held responsible for any use which may be made of the information contained therein.