Home / Unimed News / The MIGRANTS project: the 1st summer school in Granada and the job shadowing across Andalusia

The MIGRANTS project: the 1st summer school in Granada and the job shadowing across Andalusia 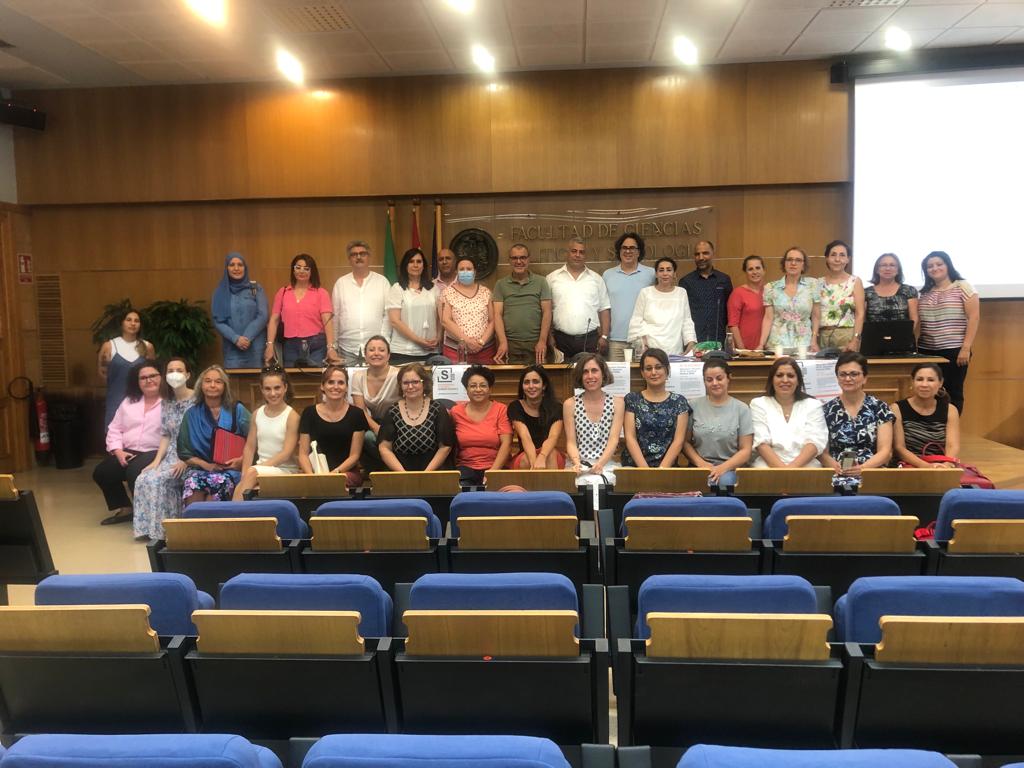 After those years of incertitude and postponements, the first Summer School of the MIGRANTS project took place in Granada from July 18 to 21st, 2022, followed by a three-day shadowing activity in Granada, Motril and Malaga. 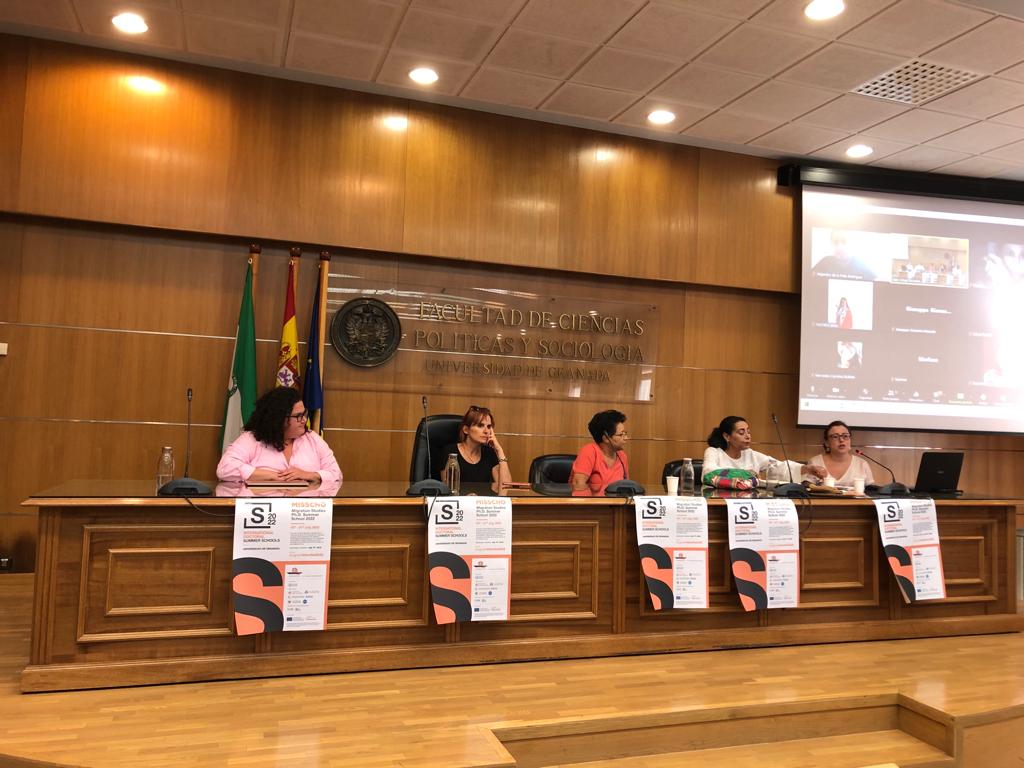 The Summer School “Connecting coasts, crossing borders. Current trends in migration research and methodological challenges”, was organised by the University of Granada in cooperation with all the project’ partners.

The event was part of the support program for the organization of the “International Doctoral Summer Schools” of the Escuela Internacional de Postgrado, and was co-financed by the UGR Migration Institute in addition to the EU Erasmus+ Programme.

It was aimed at doctoral students interested in the field of migratory studies and intended to be a forum for debate on the subject in light of the most current challenges.

At the same time, the summer school reinforced internationalization through the exchange of knowledge and experiences between researchers from academic institutions and third-sector organizations from different countries, including Spain, Italy, United Kingdom and Tunisia. 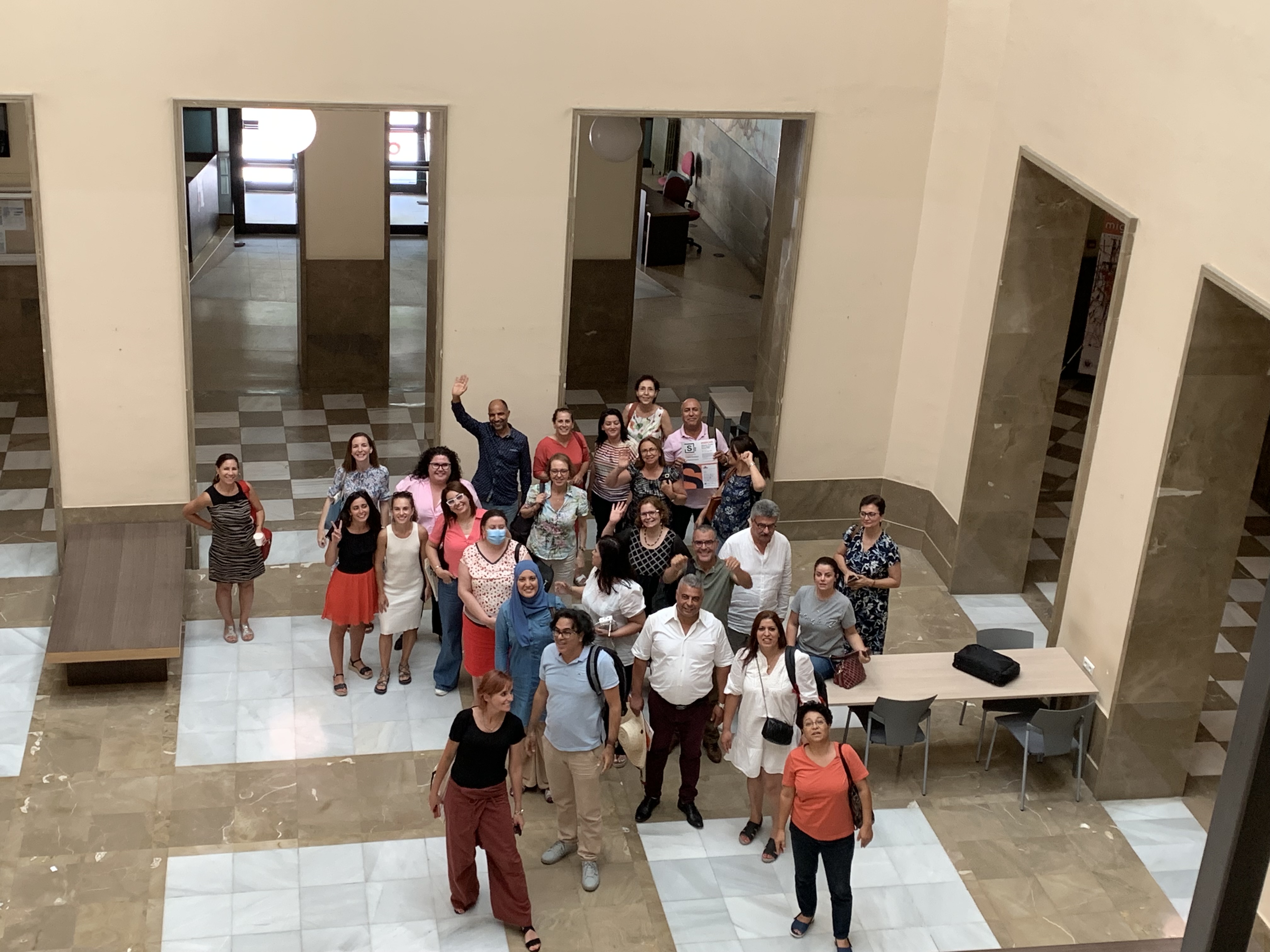 The summer school brought together more than 30 experts from the project partners and 19 doctoral students from 11 different universities in Europe and North Africa, which enormously enriched the interesting debate about migration studies. 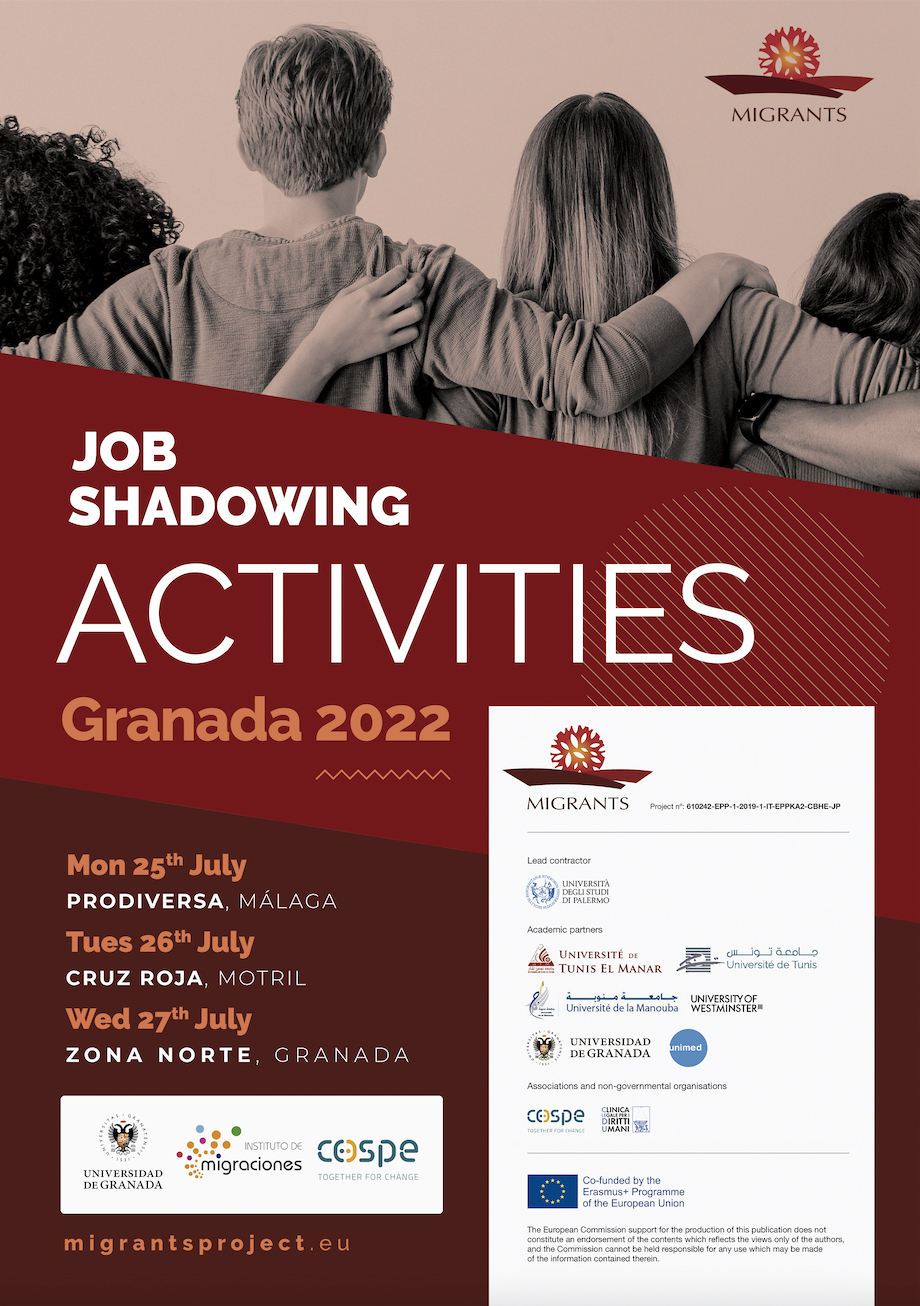 Following the summer school, a three-day job shadowing took place across Andalusia, in the cities of Malaga, Motril and Granada.

Job shadowing is a type of on-the-job training, implemented with organizations/institutions having a proven experience on migration and its related issues.

This training experience, organised by COSPE and UGR, allowed participants to acquire an insight on the role, activity and methodology of the stakeholders involved in the activity.

Three days to understand the work of the NGO Prodiversa in Malaga, the Red Cross in Motril and the Agrupación para el Desarrollo en Norte(ADN) en Granada.

The detailed programme is available here.